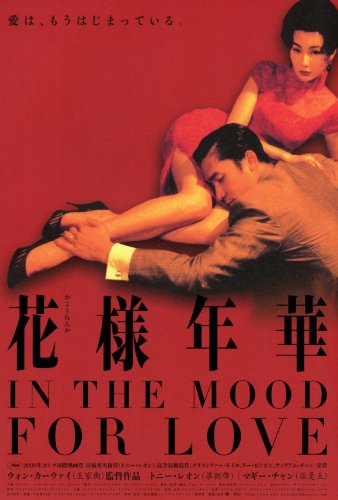 Wong Kar-wai’s portrait of heartbreak in 1960s Hong Kong is both exquisitely stylish and effortlessly romantic. The director clearly loves both the time and the place, lavishing almost as much attention on decor and costumes as he does leads Tony Leung and Maggie Cheung, playing neighbors who come together after discovering their spouses are having an affair. But despite Wong’s fidelity to period detail, this is no mere exercise in nostalgia. The film unfolds like a fond memory, tracing the arc of this unusual relationship in a series subtle gestures, poignant moments and missed opportunities, interspersed with trips to the nearby noodle stand. Wang’s direction says what his characters often don’t, evoking first their sense of isolation, then liberation as they grow closer; his use of mirrors, for one, could easily fill an entire essay. In the end, reality intrudes, love fades and a feeling of unbearable loss overwhelms the film. But the memory lingers on.